Amazing individuals we believe can bring value with their perspectives, stories, research,
practice… their life. People that are willing to learn with us together and explore. 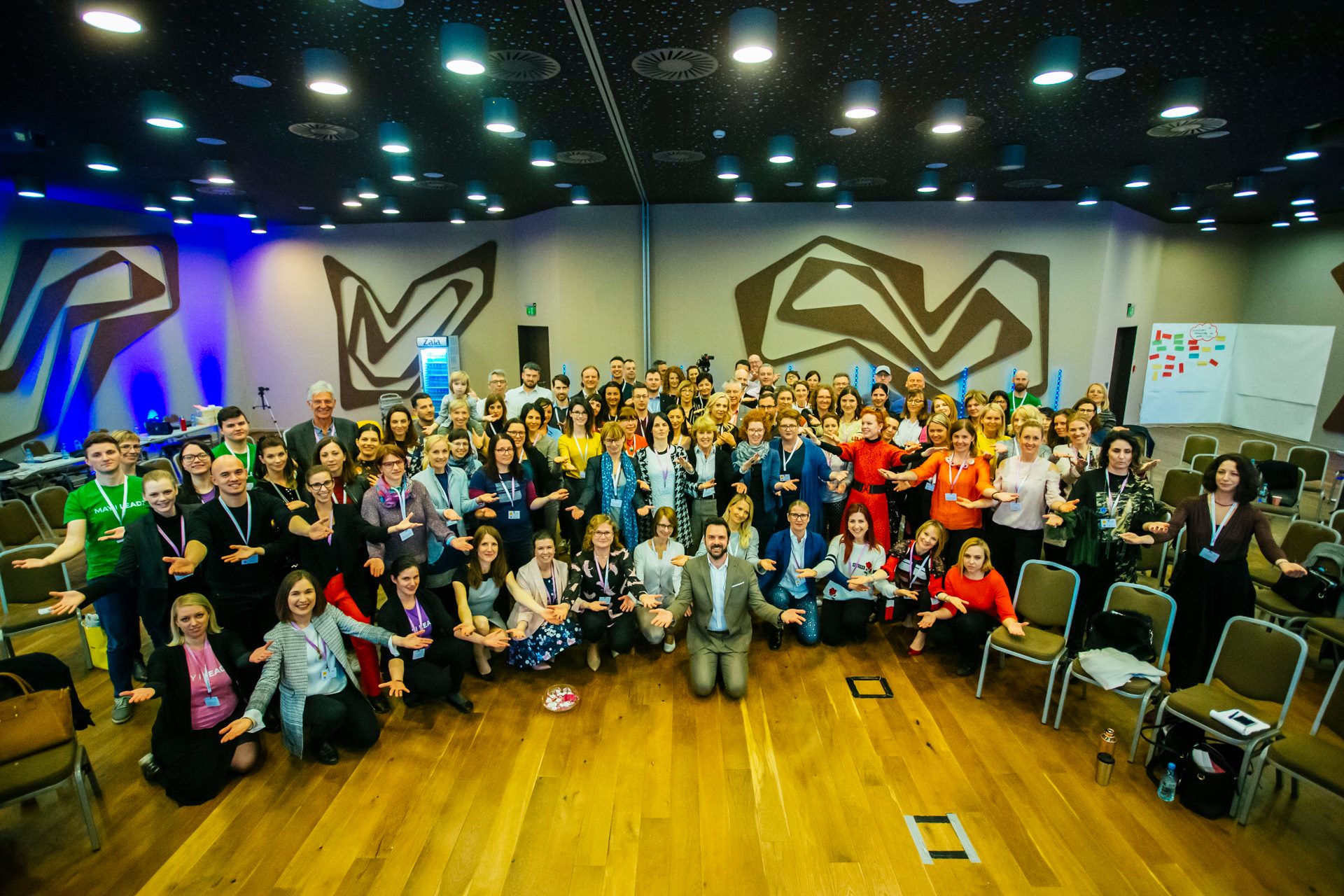 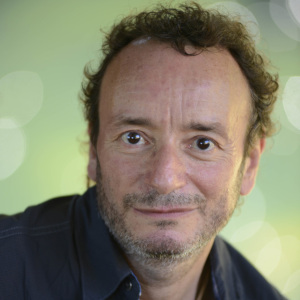 Author and founder of the nonprofit Liology Institute.

Jeremy Lent is an author whose writings investigate the patterns of thought that have led our civilization to its current crisis of sustainability. (read more)

He is founder of the nonprofit Liology Institute, dedicated to fostering an integrated worldview, both scientifically rigorous and intrinsically meaningful, that could enable humanity to thrive sustainably on the Earth.

Born in London, England, Lent received a BA in English Literature from Cambridge University and an MBA from the University of Chicago. He pursued a career in business, eventually founding an internet startup and taking it public.

Beginning around 2005, Lent began an inquiry into the various constructions of meaning formed by cultures around the world and throughout history. His award-winning novel, Requiem of the Human Soul, was published in 2009. His most recent work, The Patterning Instinct: A Cultural History of Humanity’s Search for Meaning, traces the deep historical foundations of our modern worldview.

Lent is currently working on his next book provisionally entitled The Web of Meaning: An Integration of Modern Science with Traditional Wisdom, which combines findings in cognitive science, systems theory, and traditional Chinese and Buddhist thought, offering a framework that integrates both science and meaning in a coherent whole.

He holds regular community workshops to explore these topics through contemplative and embodied practices in the San Francisco Bay Area. 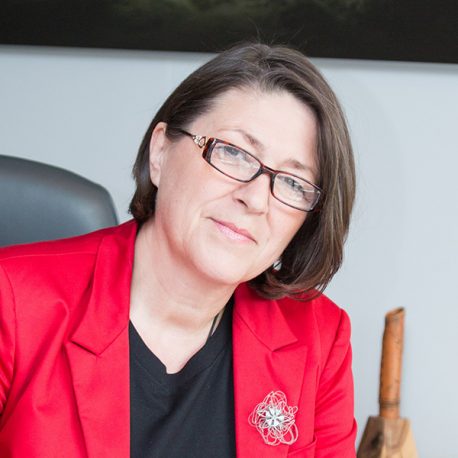 She earned a bachelor’s degree in Computer Science and Informatics at the Faculty of Electrical Engineering, University of Ljubljana, Slovenia, as well as a master’s degree in Information Technology at the Golden Gate University of San Francisco. She then worked from 1991 to 1994 as an expert for wide area networks performance analyses at Dhl Systems of Burlingame, California. In 1994 she returned to the then-independent Slovenia, where she worked as the Manager of Institutional Traffic (until 1997) and then the Director of Carrier Business (till 1999) for Telekom Slovenia. From 1999 to 2000 she was the vice-president of Telemach Ltd, a major telecommunications provider, and from 2000 to 2014 the CEO of Vibacom Ltd, Sustainable Strategies and Innovation Ecosystems. She is a former European Commissioner for Transport from 2014 until 2019. 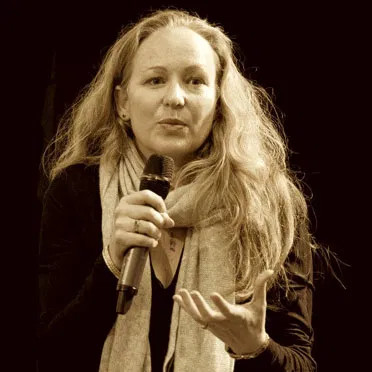 An international lecturer, researcher and writer, President of the International Bateson Institute.

Her work asks the question “How we can improve our perception of the complexity we live within, so we may improve our interaction with the world?”. (read more)

Nora Bateson is an award-winning filmmaker, writer and educator. She directed and produced the award-winning documentary, An Ecology of Mind, a portrait of her father, Gregory Bateson. Her work brings the fields of biology, cognition, art, anthropology, psychology, and information technology together into a study of the patterns in ecology of living systems. Her book, Small Arcs of Larger Circles, released by Triarchy Press, UK, 2016 is a revolutionary personal approach to the study of systems and complexity.

The IBI integrates the sciences, arts and professional knowledge to create a qualitative inquiry of the integration of life. As President, Nora directs research projects at the IBI that require multiple contexts of research and interdependent processes. Asking, “How can we create a context in which to study the contexts?”, an impressive team of international thinkers, scientists and artists have been brought together by the IBI to generate an innovative form of inquiry, which Nora coined “Transcontextual Research”.

How can we create a context in which to study the contexts? 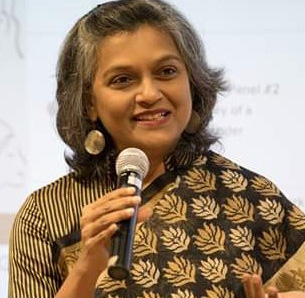 Nilima Bhat is a thought-leader in the current dialogue on Personal Mastery, Conscious Leadership, Gender and Reconciliation. She is a global keynote speaker, facilitator, coach and an expert in Yoga philosophy and practices. (read more)

Leveraging her multi-national corporate background and her consciousness training, she regularly addresses large audiences in prestigious global events – both on-ground and online. An active supporter of the Conscious Capitalism movement, she works effectively with top leaders and leadership teams, on their transformational change journeys.

Nilima’s vision is to empower 100,000 women change-makers by 2030, who create Peace, Prosperity and Beauty in the world, through the exchange of multiple forms of capital.

With this aim, she has created The Shakti Fellowship, a global 9-month advanced leadership & entrepreneurship program, that is jointly certified with University of San Diego and WIN Conference. Nilima is the co-author of ‘My Cancer Is Me’ and ‘Shakti Leadership’. 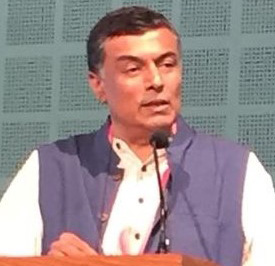 Founder of Cancer Awakens, co-author of ‘My Cancer Is Me’.

After successfully applying a Holistic & Integrated healing approach to himself, he is still cancer-free, and a better person than before. “Cancer healed me” he says. Vijay pioneered Cancer Coaching in India and he is currently scaling up with the global vision: “Many millions must survive; One million must thrive.” Since “prevention is better than cure”, he also leads a unique ‘Stress-to-Swaasthya’ program for Workplace Wellbeing, serving progressive organisations, for whom workplace stress and burnout are major concerns. Vijay is a sought-after keynote speaker and workshop/ retreat facilitator on the topics of Cancer, Stress-Wellbeing and Leadership Presence. Vijay is the co-author of ‘My Cancer Is Me’. 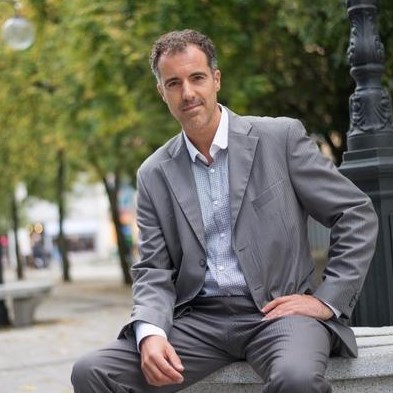 A passionate explorer of the human potentials. Inspiring public speaker and experienced life coach using breathwork, sport and philosophy for social cohesion and personal growth. Enjoys leading beyond the circle of authority. Does business playfully and internationally while following the flow.

Tanja Subotić Levanič is a Corporate Affairs Director at Pivovarna Laško Union, responsible for Public Affairs, Communications and Sustainability. Together with her team she is building and developing strategies for strengthening business of the largest manufacturer of beverages in Slovenia.

Her career went from various managing positions in Marketing and Communications, starting at IBM Slovenia and continuing to IBM Central and Eastern Europe. From 2016 to 2018 she was Lead of Integrated Communications at the Office of the Prime Minister of the Republic of Slovenia. She is a passionate developer of sustainable concepts in business. While taking over the section of Young Managers in Managers’ Association of Slovenia, she emphasized 4P business guidelines: People, Prosperity, Planet, and Purpose.

“The direction is sustainable. We will put environmental, social, and financial responsibility at the forefront. Purpose, not just profit, will become the new norm.”

Co-creating highest future possibility: From ‘what is’ to ‘what if ’

Sonja Špoljarić, a lawyer by profession, has devoted herself to the development of people and HR strategies. She is most passionate about co-creating an environment and an appropriate organizational culture for leadership development. She is pleased to support leaders in their pursuit to be from day to day better leaders for their coworkers. (read more)

Besides being Executive HR Director at BSH Adriatic East Regions and BSH Home Appliances in Nazarje, Slovenia, she also serves as a Chair of the Expert Council on Human Resources at the Chamber of Commerce and Industry of Slovenia and as the Member of the Management Board of the Slovenian HR Association. For her achievement in the HR field, she got the HR Manager award in 2013.
She is married, the mother of three adult children and the proud grandmother of four grandchildren.

Co-creating highest future possibility: From ‘what is’ to ‘what if ’ 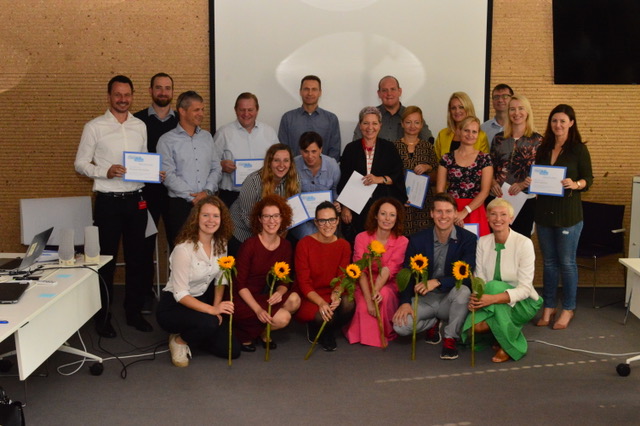 Platform for talent sharing between companies.

TalentCloud is an emerging platform initiated in Slovenia, for talent sharing between companies of different size, sectors, and one day location. This is a group of enthusiastic people with a common mission: To create a more open space for collaboration and creation in the country. (read more)

Why would we not have sharing talents to be as normal as car sharing or open code systems?

The idea was born on a HR hackathon in 2018, it was brought to life in 2019 by successfully integrating 7 companies from different industries, solving 11 concrete challenges. The group plans to grow the platform in 2020, make it as well digital and more importantly, international! Imagine a world where you can grow your professional skills by sharing knowledge and find solutions even with your competitors.

Why? Because it will create better solutions, faster results and more human interaction.

What’s next now: Response-ability in action

The organisers reserve the right to make changes to the event program.

Right time to Register is NOW!